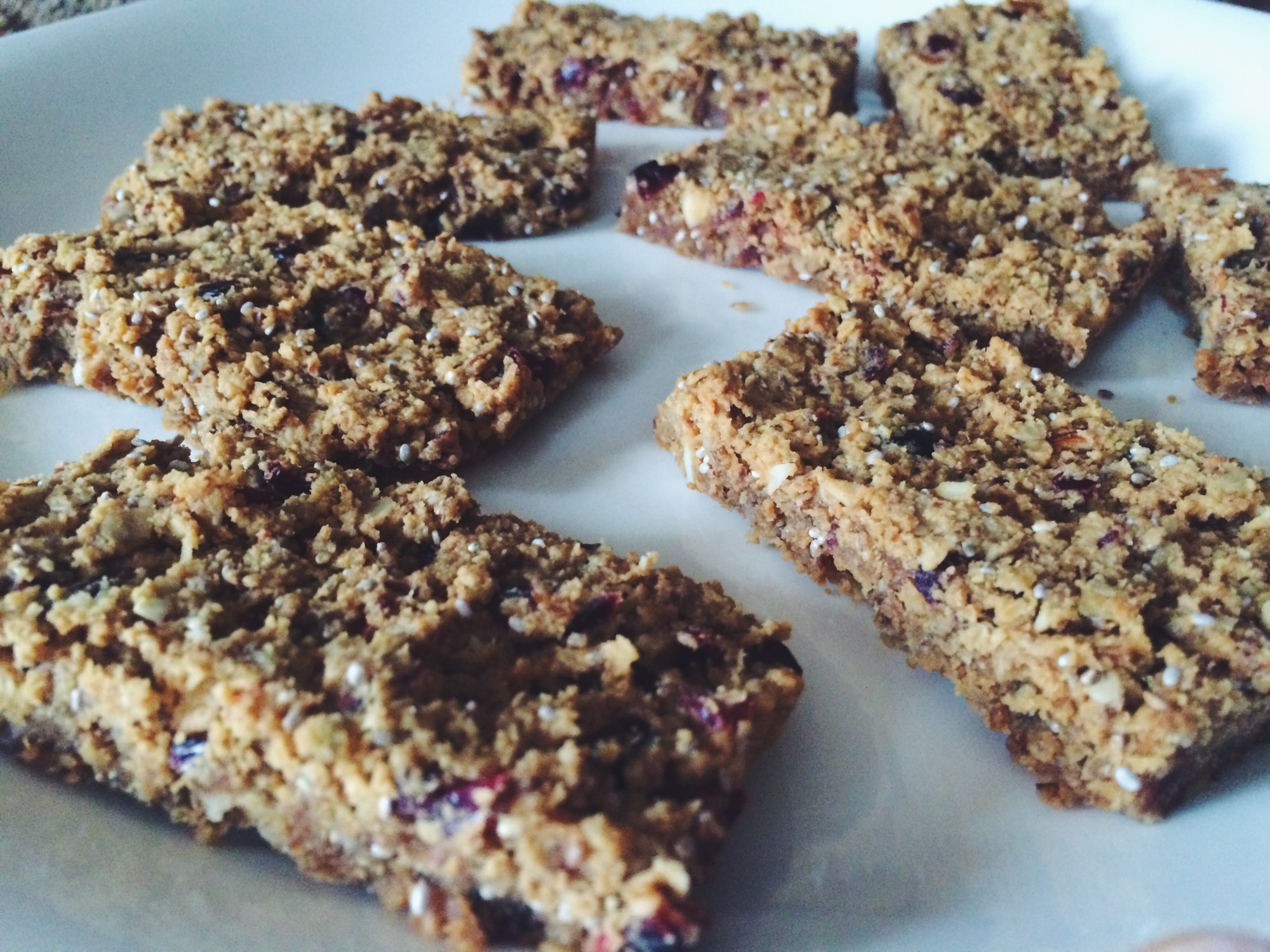 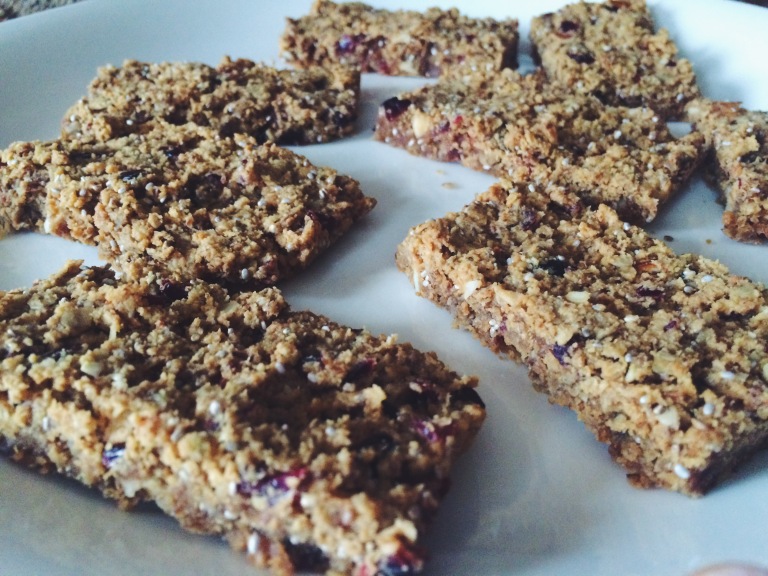 My co-worker bought these amazing protein bars for the PT team last week, purchased from the local health food store.  FLYJOY bars, they’re called.  Basically change-your-life-mind-blowing. Take my dramatic word for it.  I absolutely lOved them.
After reading over the ingredients, I was inspired to take a stab at it. I didn’t have all the exact ingredients so I used inspiration with what was in my pantry at the time.  It took me a few attempts later,  but eventually I struck some kind of gold. 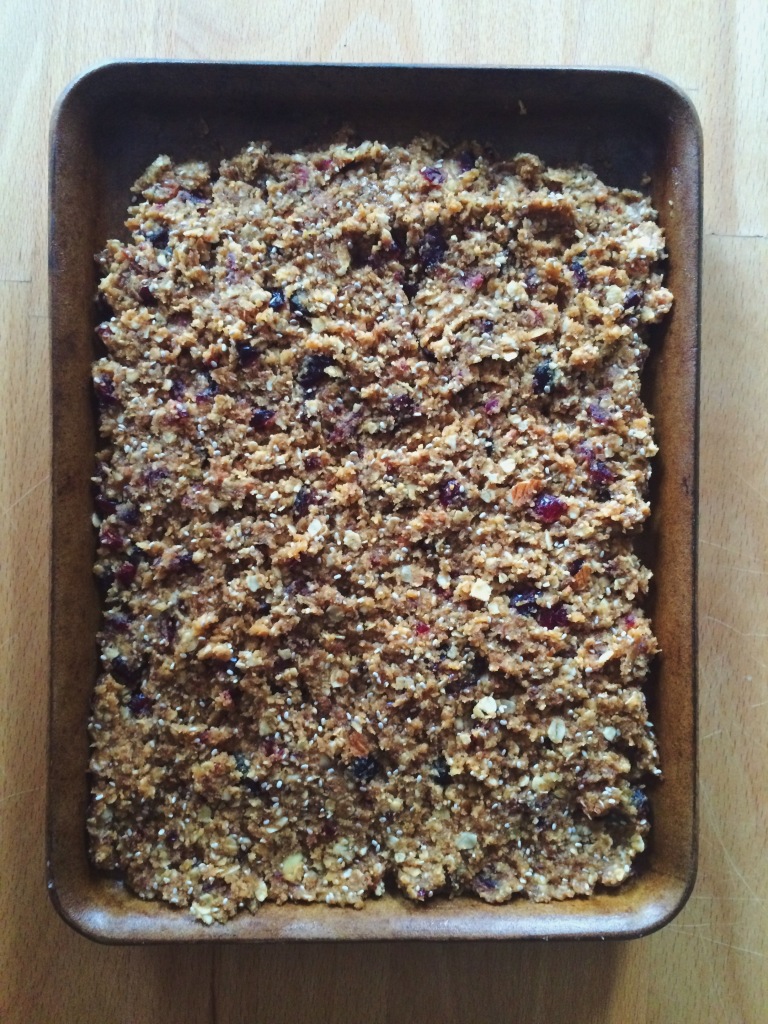 Alright listen, I almost never go to Trader Joes anymore. It’s not worth the two hours I have to wait in line, and then commute home with 2 heavy bags, 2 train transfers…blah blah..  I go local now. But there’s one issue.
Almond butter is the issue. 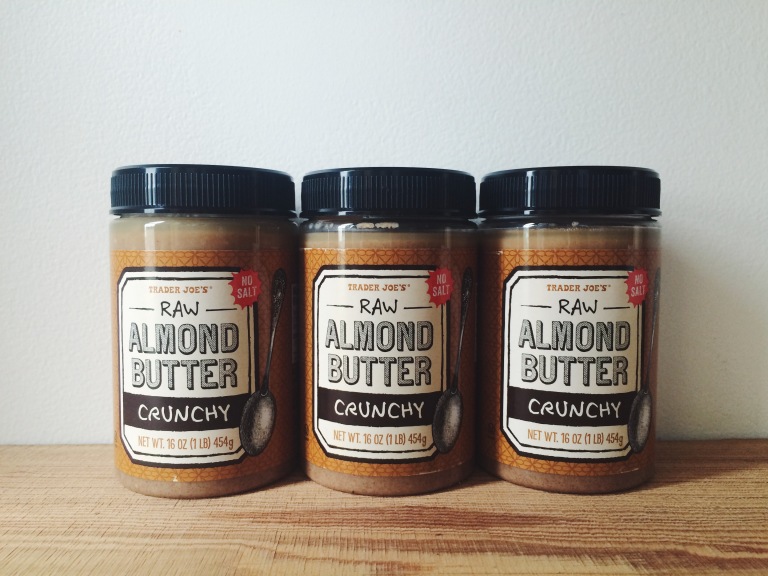 It’s double TJ’s price EVERYWHERE else.  So when I go, I stock like a boss. And instead of leaving with only almond butter, I get sucked into two more bags of heavy groceries, two hours in the cashier line, and two train transfers home…. And then I end up hating TJ’s even more. Until I make these bars and it was all worth it for the love of nut buttaaa..

Bake at 275 for 25 minutes. I used my stoneware, which requires no greasing; but if you use another bake dish, put some coconut oil on it to avoid stick.
Let cool for 30 min. Slice into bars. Carefully place on foil or parchment paper, to cool further. Store at room temp. 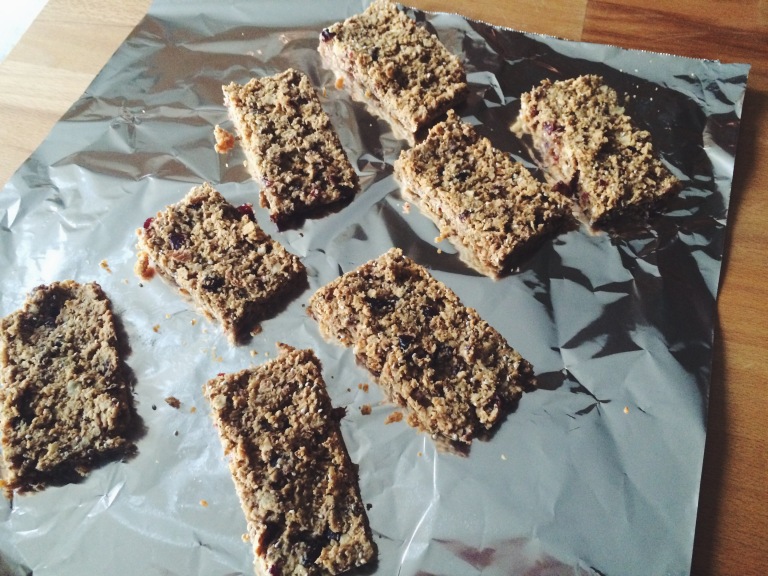 from my Tiny Kitchen,
glorieanna